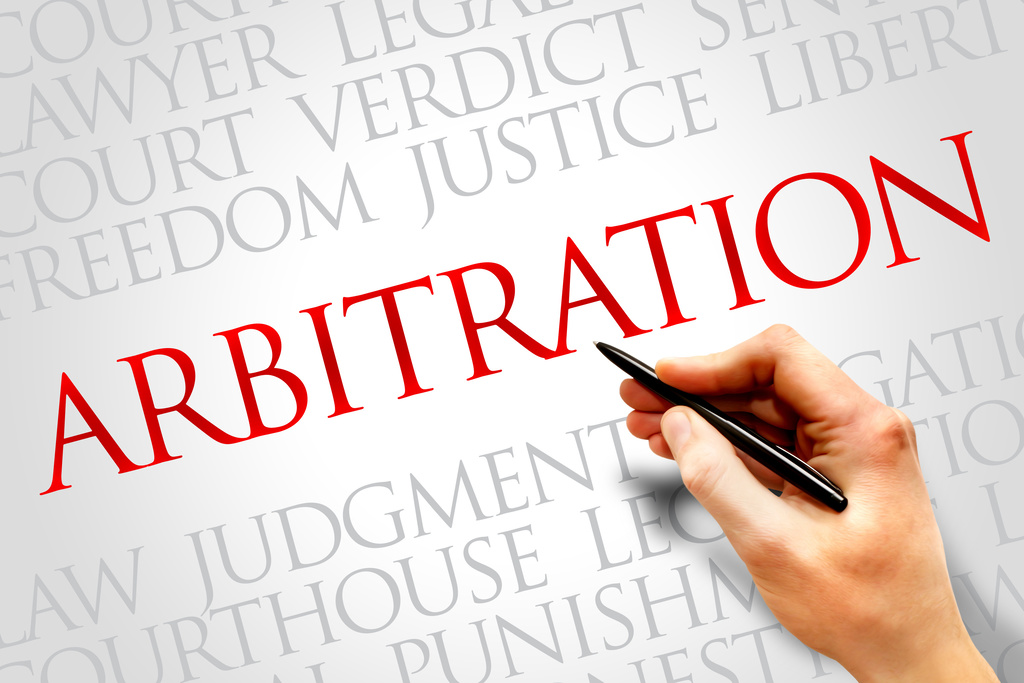 Arbitration is a form of alternative dispute resolution (ADR) which allows disagreements between two parties to be resolved outside the traditional court system (avoid resolving their dispute in the public litigation). Arbitration is only an alternative to litigation and it does not replace the judicial machinery in all aspects, rather it co-exists with it. It is used mainly in solving disputes arising out of commercial matters.

Arbitral tribunals usually consist of either one or three arbitrators. The primary role of an arbitral tribunal is to apply the law and make a dispute decision by administering a so-called “arbitral award”. In principle, arbitral awards are final and binding. They can only be challenged before a state court under exceptional circumstances. Arbitral awards can be enforced in most countries worldwide. The procedure to be followed (if not included in the contract under dispute) is governed usually by a country’s arbitration laws, or by the arbitration rules stipulated by the International Chamber of Commerce (ICC).

Ad hoc arbitration is conducted independently from any influence of institutions and requires that parties make their own arrangements for the selection of arbitrators and for designation of rules, applicable law, procedures, and administrative support. In this type of process, the arbitrators are appointed by a case-by-case basis, usually by the parties. At times the parties select an appointing authority that has the right to appoint arbitrators for the proceeding. The composition of the tribunal can vary from one to several arbitrators depending on procedural rules.

Arbitral proceedings have to be conducted in an acceptable and well-established manner. There is much of hue and cry to devise the procedure in ad hoc arbitration, but in case of arbitration conducted through the aegis of an arbitral institution, it poses no problem whatsoever. There are a fixed set of rules which are applicable to all the arbitrations conducted by the arbitral institution. The United Nations Commission on International Trade Law (UNICITRAL) Arbitration Rules, revised in 2013, are among the most suitable rules for this purpose. Such consistency and well- established norms are nowhere to be seen in ad hoc arbitrations.

The lacuna with respect to the scale of fee payable in case of ad hoc arbitrations still exists. It is most unfortunate that these days arbitration has become a profitable business.  In ad hoc arbitrations, the tribunals fix their own fee without having any regard whatsoever to its genuineness or justification. Fee is generally fixed according to the status of the arbitral tribunal.

In the case of institutional arbitrations, there is no such discretion permissible. A fixed fee structure is laid by the arbitral institution, according to which the members of the arbitral tribunal are paid.

It was noted by the Supreme Court in Union of India vs Singh Builders Syndicate[1] that fee charged by the arbitrators is highly excessive. It showed deep concern. In the aforesaid case, the Supreme Court had been constrained to observe:

“21. When a retired Judge is appointed as arbitrator in place of serving officers, the Government is forced to bear the high cost of arbitration by way of private arbitrator’s fee even though it had not consented for the appointment of such non-technical non-serving persons as arbitrator(s). There is no doubt a prevalent opinion that the cost of arbitration becomes very high in many cases where retired Judge(s) are arbitrators. A large number of sittings and charging of very high fees per sitting, with several add-ons, without any ceiling, have many a time resulted in the cost of arbitration approaching or even exceeding the amount involved in the dispute or the amount of the award.

“22. When an arbitrator is appointed by a court without indicating fees, either both parties or at least one party is at a disadvantage. Firstly, the parties feel constrained to agree to whatever fees is suggested by the arbitrator, even if it is high or beyond their capacity. Secondly, if a high fee is claimed by the arbitrator and one party agrees to pay such fee, the other party, which is unable to afford such fee or reluctant to pay such high fee, is put to an embarrassing position. He will not be in a position to express his reservation or objection to the high fee, owing to an apprehension that refusal by him to agree for the fee suggested by the arbitrator, may prejudice his case or create a bias in favor of the other party which readily agreed to pay the high fee.

“23. It is necessary to find an urgent solution for this problem to save arbitration from the arbitration cost. Institutional arbitration has provided a solution as the arbitrators’ fees are not fixed by the arbitrators themselves on a case-to-case basis but are governed by a uniform rate prescribed by the institution under whose aegis the arbitration is held. Another solution is for the court to fix the fees at the time of appointing the arbitrator, with the consent of parties, if necessary in consultation with the arbitrator concerned. The third is for the retired Judges offering to serve as arbitrators, to indicate their fee structure to the Registry of the respective High Court so that the parties will have the choice of selecting an arbitrator whose fees are in their “range” having regard to the stakes involved.”

It was expected that the arbitrators will heed to the advice of the Supreme Court in scaling down their fees but, of late, it is noticed that the fees have rather gone up. It seems that the only answer to the problem is by taking recourse to arbitration through arbitral institutions where the schedule of fees is quite reasonable and in any case, it is no match to what is being charged in ad hoc arbitrations.

In the case of arbitrations conducted by arbitral institutions, the secretarial and administrative staff is governed by the rules of the institution. Thus, it is easy to maintain the confidentiality of not only the arbitral proceedings but also of the discussions which precede the making of the award, e.g. the interaction between the members of the arbitral tribunal. There is complete secrecy and no undue information is leaked. But in ad hoc arbitrations, the position is just the reverse. Every information, which a party wishes to have, is leaked to it by the concerned staff for consideration.

In the context of international commercial disputes, institutional arbitrations may be more suitable, despite being more expensive, time-consuming and rigid. The institutional process provides established and up to date arbitration rules, support, supervision and monitoring of the arbitration, review of the awards and strengthens the awards’ credibility. It is equally important to ensure that institutional arbitration in India is speedier and more cost-effective. To achieve this, the continuous effort would be required by the arbitral institutions and gain the confidence of parties to move towards mitigation instead of litigation. This can be achieved by providing state of the art facilities, experienced arbitrators, and effective administrative body and well-designed framework. India is a country with the great potential it has got the best possible opportunity to achieve this goal and emerge as the most effective arbitral seat in the globe.