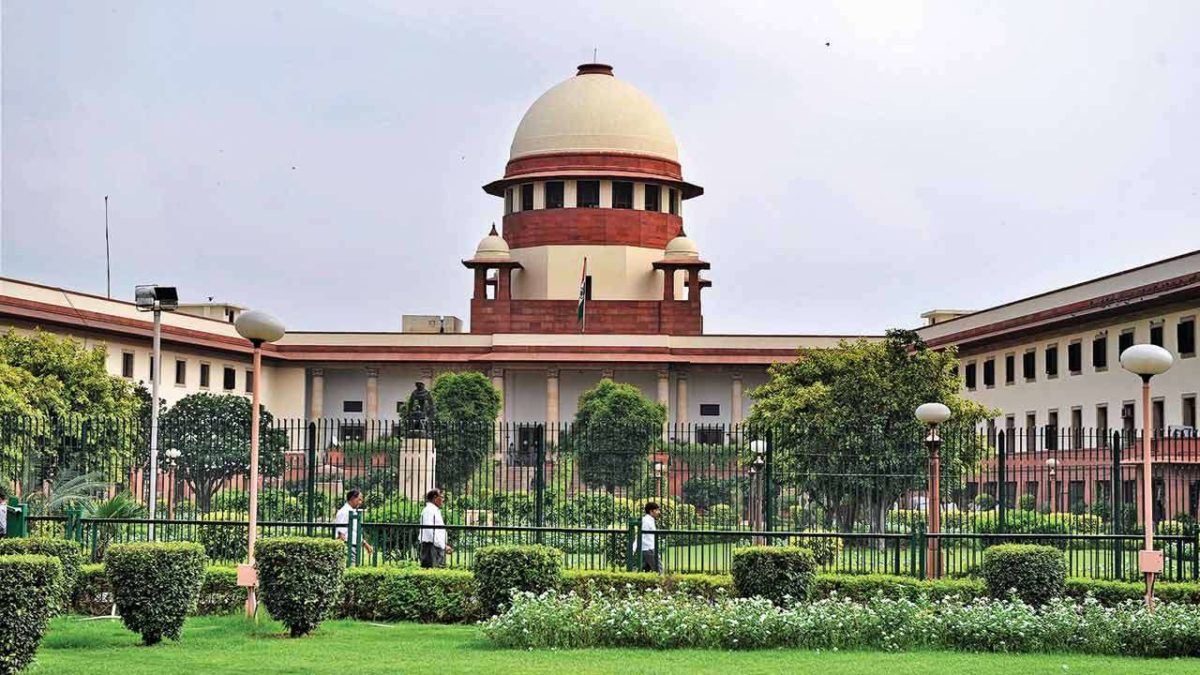 In a recent judgment, the Supreme Court has held that the proceeding under Section 34 of the Arbitration and Conciliation Act, 1996 (hereinafter referred to as ‘Act’) are summary proceedings and the parties can only exceptionally be allowed to adduce additional evidence to prove their grounds of challenge.

Facts of the case:

The appellant, a financial institution, advanced a loan of Rs. 50,00,000/- to respondent no.1 and respondent nos. 2, 4 and 5 to 8 were the guarantors in respect of the said loan. On the failure of respondent no. 1 in repayment of the loan, the appellant, pursuant to the terms of their agreement, invoked the arbitration clause. The Arbitrator passed an award based on the oral and documentary evidence adduced by the parties, which was assailed by respondent no. 1 under Section 34 of the Act.

The respondent nos. 1 and 2 filed an application under Section 151 of the Civil Procedure Code, 1908 (hereinafter referred to as ‘CPC’) before the District Judge to permit them to adduce additional evidence. The said application was dismissed by the learned District Judge on the grounds that there is no necessity of adducing fresh evidence in the application filed under Section 34 of the Act.

Aggrieved by this, the respondent Nos. 1 and 2 filed writ petitions before the Karnataka High Court. The High Court while placing reliance on the judgment in Fiza Developers and Inter-Trade Private Limited v. AMCI (India) Private Limited and another [1], observed that in order to prove the existence of the grounds under Section 34(2) of the Act, respondent nos. 1 and 2 are permitted to file affidavits of their witnesses. In the impugned judgment, the High Court concluded that the reasoning of the District Judge not permitting respondent nos. 1 and 2 to file their own affidavits and affidavits of other witnesses to prove their case is erroneous and opposed to settled principles of law. The District Judge was thereby directed to “recast the issues” and allow the respondents to adduce additional evidence and further allow cross-examination of the witnesses.

The appellants being aggrieved by the direction of the High Court, were cued to move the Supreme Court. The issue before the Supreme Court was the procedure under Section 34 of the Act as also the applicability of the law laid down in Fiza Developers in light of provision of Order 14, Rule 1 of CPC. The Court also considered the impact of the amendments made to Section 34 and their impact thereof.

Submissions made by the Parties:

The appellant submitted that proceedings under Section 34 of the Act are summary in nature and the scope of the said proceedings is very limited. It was also submitted that the validity of the award has to be decided on the basis of the materials produced before the arbitrator and that there was no scope for adducing fresh evidence before the court, especially in the absence of any exceptional grounds made out to seek permission to lead fresh evidence in the said application.

Findings of the Supreme Court:

With regard to the submission of the respondents, the Supreme Court observed that

As regards the applicability of the Fiza Developers case, the Court observed that

“…..framing of issues as contemplated under Order XIV Rule 1 CPC is not required in an application under Section 34 of the Act which proceeding is summary in nature.”

The Court further observed that an amendment to Section 34 was first made by the amending Act 3 of 2016 whereby sub-sections (4) and (5) were added to the Act vide which the intention of expeditious disposal of applications under this Section was highlighted in clear terms. A further amendment has been made to the said Section vide Arbitration and Conciliation (Amendment) Act, 2019 based on the report of Justice B.N. Srikrishna Committee, to the effect that in sub-section (2)(a) of Section 34 , for the words “furnishes proof that”, the words “establishes on the basis of the record of the Arbitral Tribunal that” have been substituted.

The Court while placing reliance on the judgment in Emkay Global Financial Services Limited v. Girdhar Sondhi, [2] held that,

“The legal position is thus clarified that Section 34 application will not ordinarily require anything beyond the record that was before the arbitrator and that cross-examination of persons swearing in to the affidavits should not be allowed unless absolutely necessary.”

It was further held that,

“….there are no specific averments in the affidavit as to the necessity and relevance of the additional evidence sought to be adduced.”

While considering the intent of the legislature behind the amendments to Section 34, the court held,

“The object of sub-sections (5) and (6) to Section 34 fixing time frame to dispose of the matter filed under Section 34 of the Arbitration Act, 1996 is to avoid delay and to dispose of the application expeditiously and in any event within a period of one year from the date of which the notice referred to in Section 34(5) of the Act is served upon the other party. In the arbitration proceedings, the parties had sufficient opportunity to adduce oral and documentary evidence. The High Court did not keep in view that respondent Nos.1 and 2 have not made out grounds that it is an exceptional case to permit them to adduce evidence in the application under Section 34 of the Act. The said directions of the High Court amount to retrial on the merits of the issues decided by the arbitrator.”

The Supreme Court vide this judgment reiterates the intention and relevance behind the amendments made to the Act from time to time. This being said, the true intention of resolution of disputes by the Alternative Dispute Resolution (ADR) mechanism of Arbitration is for a speedy, cost effective and an efficient outcome. If the parties are to be involved in a sort of a retrial at the stage, when the Award passed by the arbitrator or an Arbitral Tribunal is due to be enforced, then the whole purpose of opting for Arbitration would be in vain. The parties, in most cases, are given a fair trial and hearing during the arbitration proceedings itself and they have sufficient opportunity to adduce evidence during that time, thus allowing the parties to adduce additional evidence beyond the record before the arbitrators would be counter-productive and will require that the same opportunity be given to the other party as well. This would only lead to the enforcement or setting aside of the award being delayed by a significant time.

However, in the exceptional circumstance, where grave injustice is apparent on the face of the record and if the objections raised by the Objector become impossible to answer or conclude without additional documents, then such documents may be allowed to be placed on the record for deliverance of justice. The Objector must also point out the same in clear terms in his application under Section 34 so as to enable the Court to appreciate the gravity of the same. Needless to say, this should only be allowed in exceptional cases and a petition under section 34 should not take shape of a full-fledged civil trial.