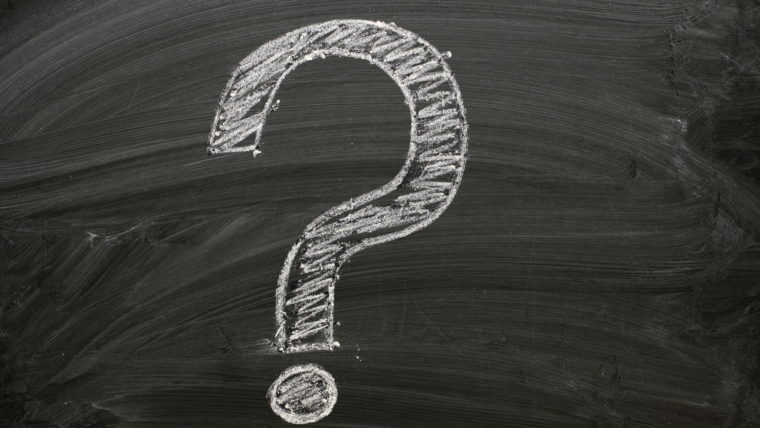 Last month, on December 10th 2019, a three judge bench of the Hon’ble Supreme Court comprising of Justice R. F. Nariman, Justice Aniruddha Bose and Justice V. Ramasubranium passed a significant judgement in the case of BGS SGS SOMA JV v. NHPC Ltd.[1] establishing interpretation on certain crucial aspects of the arbitral agreement with respect to whether a venue agreed upon for arbitral proceedings would constitute as the seat of arbitration in absence of a specific indication to the contrary and whether an exclusive jurisdiction would be conferred on the same or not.

National Hydroelectric Power Corporation Limited (NHPC) entered into a contract with contractors BGS SGS SOMA JV (Joint Venture) for a hydroelectric power plant on the Subansri River in Assam, touted to be India’s largest. The contract incorporated an arbitration clause which stated that, “arbitration proceedings shall be held at New Delhi/Faridabad.”

Arbitration was initiated when a dispute arose between the parties with the proceedings taking place in New Delhi. Subsequently an award was signed in favour of the Joint Venture. This was followed by NHPC filing an application under Section 34 of the Arbitration and Conciliation Act, 1996 (Arbitration Act), challenging the award. Interestingly, NHPC filed this application at the Faridabad District Court.

The Joint Venture in turn filed an application with the Faridabad District Court under Section 151 read with Order VII Rule 10 of the Civil Procedure Code, 1908.  The rule allows for a plaint to be returned, at any stage of the suit, to the Court in which it should have been instituted, which in this casethe Joint Venture contended should either be the appropriate court in Delhi, as the arbitration proceedings took place there, or before the District Judge at Dhemaji, Assam, as the cause of action arose there.

The application was consequently transferred from Faridabad to New Delhi. This led the NHPC to appeal under Section 37 of the Arbitration Act at Punjab and Haryana High Court. The Hon’ble High Court held that the appeal filed under Section 37 of the Act is maintainable. It stated that Delhi is not the seat, but merely a venue for the proceedings chosen out of convenience and that since the cause of action arose in Faridabad, therefore Faridabad would have jurisdiction over the matter. Aggrieved by the order of Punjab and Haryana High Court, Joint Venture challenged the order by moving the Apex Court.

The case presented primarily three questions before the Hon’ble Supreme Court. Firstly, whether the appeal made by NHPC under Section 37 of the Act is maintainable or not. Secondly, whether selection of a particular place for arbitration would imply that an exclusive jurisdiction lies with the courts of such place with regard to disputes that may arise out of that arbitration agreement. And thirdly, what would be considered to be the seat of arbitration.

“37.  Appealable orders.– (1) An appeal shall lie from the following orders (and from no others) to the Court authorised by law to hear appeals from original decrees of the Court passing the older, namely :-

(a)granting or refusing to grant any measure under section 9;

(b)setting aside or refusing to set aside an arbitral award under section 34.

(b)granting or refusing to grant an interim measure under section 17.

(3)No second appeal shall lie from an order passed in appeal under this section, but nothing in this section shall affect or take away any right to appeal to the Supreme Court.”

It lays down that an appeal can arise under this section either against orders of court pertaining to interim measures as mentioned in Section 9 of the Act or against orders of court to either set aside or refusal to set aside an arbitral award as may be challenged under Section 34. An appeal can also arise from an order of the arbitral tribunal pertaining to its own jurisdiction as per Section 16 or an order granting or refusing to grant interim orders under Section 17. The Hon’ble Supreme Court was of the view that since the order to return the petition under Section 34, as made by the Special Commercial Court, did not fall under any category as mentioned above, therefore an appeal under Section 37 of the Act is not maintainable in the present matter.

The next question was with respect to what court would have jurisdiction in disputes that may arise from the arbitration agreement. It was the contention of NHPC that concurrent jurisdiction of two courts can exist. The two courts being the court of the seat, that is New Delhi and the one where the cause of action arose, that is Faridabad. They put reliance on paragraph 96 of Bharat Aluminium Co.v. Kaiser Aluminium Technical Service, Inc[2] (BALCO Case). The Hon’ble Court observed that merely relying on a particular paragraph from the BALCO judgement would not suffice as it is not in consonance with the rest of the judgement. The BALCO judgement upholds and places reliance upon the English judgment of Roger Shashoua & Ors. v. Mukesh Sharma[3] (Shashoua Case). The Shashoua judgement held that the seat of arbitration is to have an exclusive jurisdiction over all proceedings that arise out of the arbitration. It states-

“When there is an express designation of the Arbitration Venue as London and no designation of any alternative place as seat, combined with a supranational body of rules [i.e. ICC] governing the Arbitration and no other significant contrary indicia, the inexorable conclusion is, to my mind, that London is the juridical seat and English law the curial law.”

To put it in context, in the Shashoua case, the parties had entered into an arbitration agreement, stating the venue of arbitration to be London, U.K. They had also agreed for the arbitration to be conducted according to the arbitration rules of International Chambers of Commerce. They had chosen Indian law as their substantive law but there was no express choice of seat.Not only has the Shashoua judgement been referred to by the Apex Court in its various judgements such as Enercon (India) Ltd & Ors. v. Enercon GmbH & Anr.[4] (Enercon Case) but the principle laid down has also been relied upon, even in the BALCO judgement.

The Hon’ble Apex Court, relying on the Shashoua principle in the present case, concluded that if a place of arbitration is designated as a venue of the arbitration proceedings, then the venue is the seat of the proceedings. This is because the agreement doesn’t merely talk about one or more hearing but instead the arbitration proceedings as a whole, which would include making of the arbitral award at the place agreed upon.If the parties have agreed upon a venue as a place of convenience where the tribunal is to meet or examine the witness, etc. then such a venue would not equate to being the seat of the arbitral proceedings. The language here demarcates the intention of the parties. Choosing to use “shall be held” at a particular venue would also indicate that the intention of the parties is to root the arbitration to this particular venue, thus making it the seat. In absence of any contrary indication suggesting that the venue is not the seat but a mere location chosen out of convenience, the venue would be taken to be the seat.[5]

In the present case, the Hon’ble Court took into account the fact that the parties had agreed to have the arbitral proceedings take place in New Delhi, including the award being signed there, and concluded that New Delhi is the juridical seat of the arbitration and therefore overruled the impugned order and identified New Delhi to have the jurisdiction to hear the application filed under Section 34 of the Act.

The Apex Court through this judgement has clearly elucidated the following-

(1) An appeal against a Transfer Order of proceedings arising out of Section 34 of the Act is not maintainable under Section 37 of the Act.

(3) An exclusive jurisdiction is conferred on the juridical seat of arbitration with regard to all the proceedings that arise out of the proceedings.

The judgment has overruled the earlier judgements made in the case of Union of India v. Hardy Exploration and Production (India) Inc.[6] (Hardy Exploration Case) and Antrix Corporation Ltd v. Devas Multimedia Pvt Ltd.[7]  (Antrix Case). The Hon’ble Court has mentioned that the reliance placed on paragraph 96 of the BALCO Case (as discussed above) in the Antirx Case is not good in law. It also describes that interpretation of venuein the Hardy Exploration Case as just a location that the parties has agreed upon for the arbitral proceedings to physically take, unless “concomitant” factors exist to show that the venue is the intended juridical seat is incorrect. They explain that the reasoning in the Hardy Exploration Case fails to take into account the principles expounded in the Shashoua Case and therefore is not legally sound.

While the Hon’ble Court has presented a very well-reasoned clarity to the situation through this judgement, it is important to note that both the present judgement and the Hardy Exploration judgement have been passed by three-judge benches. So it may be an overstatement to say that the decision of Hardy Exploration Case has been overruled, it is yet to be seen if a larger bench will intervene and settle the dichotomy so created.