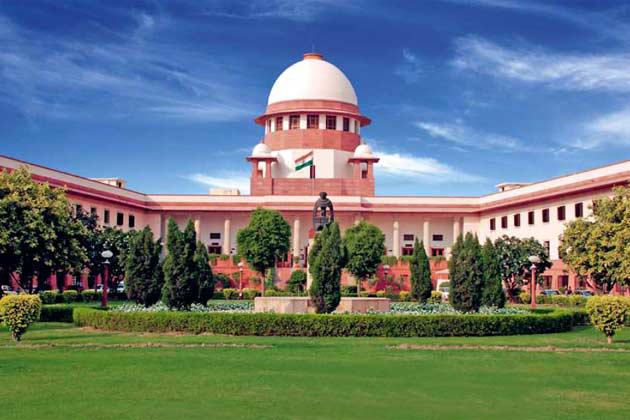 Arbitration as a dispute resolution mechanism has evolved through time ever since its inception in 1940. The current legislation, the Arbitration, and Conciliation Act, 1996, too purports to make arbitration an effective and meaningful dispute resolution mechanism. The nature of arbitration proceedings is such as to provide for alternative dispute redressal system wherein parties to the dispute consent to resolution through a tailored procedure that suits the parties. The ultimate fruit of the tree is an award enforceable in favour of one of the parties. The arbitral tribunal, just like any other quasi-judicial body, has powers and functions like that of a court. This includes the powers of the arbitrators to consider procedural laws like Code of Civil Procedure (CPC, for short) or even sometimes go beyond. Such is the authority and discretion of an arbitrator.
Recently the Hon’ble Supreme Court dealt with a proposition weighing the gravity of application of CPC, its enforcement hitches and Section 36 of the Act, in the case of Pam Developments Private Ltd. vs. State of West Bengal ,wherein it held that no special or exceptional treatment should be given to the Government as a party in granting stay of the arbitration award during the course of the proceedings.In fact, allowing the same would defeat the very purpose of quick resolution through arbitration, as the decree-holder would be deprived of the fruits of the award on the mere filing of objection under Section 34 of the 1996 Act.

Pam Developments Private Ltd. (appellant) and the State of West Bengal (respondent)entered into an agreement for a special repair programme for different stretches of National Highways in the district of Hoogly. Disputes arose between the parties. On the failure of the employer to appoint arbitrator, the High Court appointed an arbitrator. The arbitrator, after adjudication, made an award in favour of the appellant. Placing reliance on the judgement in the case of Board of Council for Cricket in India vs. Kochi Cricket Private Limited , wherein it was held that the amended provisions of Section 36 of the Arbitration and Conciliation Act, 1996 would also apply to the pending proceedings under Section 34 of the Act, the appellant filed an execution application before the Calcutta High Court. The respondent sought time to file an application for staying the award. The stay application was, however, dismissed and the Executing Court attached the amount lying to the credit of the respondent, with the Reserve Bank of India. The respondent filed a fresh application for stay of award, which was allowed by way of an unconditional stay under Order XXVII, Rule 8A of CPC. The said stay was a subject matter of the appeal before the Apex Court.

ISSUES BEFORE THE COURT

SUBMISSIONS ON BEHALF OF COUNSE

The main contention of the appellant was that mere application of stay filed under Section 34, does not by itself render an arbitral award unenforceable, unless the court passes an order of stay of operation thereof under Section 36(3) of the 1996 Act. The appellant laid emphasis on the phrase “have due regard to” used in the proviso to Section 36(3) and stated that the said phrase would mean that the Court has to take into consideration the provisions of CPC as guiding principles and that the same would not be mandatory in nature.
Further placing reliance on the 246th Report of the Law Commission and Section 18 of the 1996 Act, which calls for equal treatment of the parties to the arbitration proceedings, the appellant contended that it also included the Government. The appellant further submitted that even if the provisions of Order XXVII, Rule 8A of CPC were to be considered, an order of unconditional stay of arbitral awards against the Government, solely relying upon the provisions of CPC, was untenable and the court should have directed the Government to deposit the awarded amount, as the said rule only exempted the Government from furnishing security amount and not deposit of the awarded amount. Based on the same, it was contended that Order XXVII, Rule 8A of CPC should not be read into the 1996 Act as it would limit the effect of Section 36 thereof.
Per contra, the respondent gave a different interpretation to the provisions of Section 36(3) of the 1996 Act. According to the respondent, the use of the word“shall” in the proviso to Section 36(3) of the Act made the provisions of CPC mandatorily applicable. It also stated that as per Order XLI, Rule 5(5) of CPC, the Government was required to make a deposit or furnish a security, failing which, stay would not be granted. But in view of Order XXVII, Rule 8A of CPC, the Government would be exempted from making such payment. Thus, the Government tried to evade its liability to furnish any security or make any deposit in view of exemption under the aforesaid provision.

Setting aside the judgement of the Calcutta High Court, which granted an unconditional stay of an arbitral award against the Government, the Supreme Court held (para 27, page 9):
“……Once the Act mandates so, there cannot be any special treatment given to the government as a party. As such, under the scheme of the Arbitration Act, no distinction is made nor any differential treatment is to be given to the government, while considering an application for grant of stay of a money decree in proceedings under Section 34 of the Arbitration Act……”
The Court observed that the term “have due regard to” in Section 36 is purely recommendatory in nature. It means that the court can take the provisions of CPC into consideration, but its application is not mandatory. It has to be taken as a general guideline only and that, in itself, does not make the main provisions of the 1996 Act inapplicable.
In the backdrop to Section 36(3) of the Act, the Supreme Court while considering the phrase “having regard to” in the case of Shri Sitaram Sugar Company Limited vs. Union of India held that “the words ‘having regard to’ in this sub-section are legislative instructions for the general guidance of the Government in determining the price of sugar. They are not strictly mandatory, but in essence directory.”
The Court laid emphasis on the basis for amendment of Section 36 of the 1996 Act. It noted that Section 36 was amended in 2015 on the basis of the 246th Law Commission Report which had categorically recommended that there should be no automatic stay of an arbitral award and while so recommending, it did not make any exception for the Government. It further noted that Order XXVII, Rule 8A of CPC only provides an exemption from furnishing security. It does not restrict the Court from directing the Government to deposit the decretal amount in the appeal against a money decree.
Thus, the Supreme Court overruled the judgement of the Calcutta High Court affording special treatment to the Government and held that ordering an unconditional stay solely relying upon the provisions of CPC would be against the spirit of Section 36 of the Arbitration and Conciliation Act, 1996.

At this juncture, it would be apt to quote the observation of Hon’bleDr. Justice D.Y. Chandrachudin RomilaThapar vs. Union of India, (para 38, page 66):
“….The law is not a respecter of social, economic or political status and every litigant who seeks access to justice has to be treated evenly.”
The Supreme Court in Pam Developments’case strengthened the position of law on the application of Section 36 of the Act, with regard to the extent of the application of CPC and while upholding the supremacy and spirit of the provisions of the Arbitration and Conciliation Act, stated (para 19, page 7):
“……Mere reference to CPC in the said Section 36 cannot be construed in such a manner that it takes away the power conferred in the main statute (i.e. Arbitration Act) itself. It is to be taken as a general guideline, which will not make the main provision of the Arbitration Act inapplicable. The provisions of CPC are to be followed as a guidance, whereas the provisions of the Arbitration Act are essentially to be first applied. Since, the Arbitration Act is a self-contained Act, the provisions of the CPC will apply only insofar as the same are not inconsistent with the spirit and provisions of the Arbitration Act.”
Another inference of importance that can be drawn from this case is the interpretation of Order XXVII, Rule 8A of CPC. The Apex Court opined in this regard that the only exemption that is provided under Rule 8A of CPC is in respect of furnishing security. However, the aforesaid Rule is silent on the question of the Government’s liability to deposit the decretal amount and the Court is empowered to direct the Government to deposit the aforesaid amount.
Commenting on the legislative intent behind incorporation of archaic laws like Order XXVII, Rule 8A of CPC, the Apex Court has very interestingly observed that the said provision was brought in during the British Raj favouring and protecting the interests of the then Government, the Crown and also acknowledged the inconsistency and incongruency of the said rule to the contemporary setup of a democratic republic.