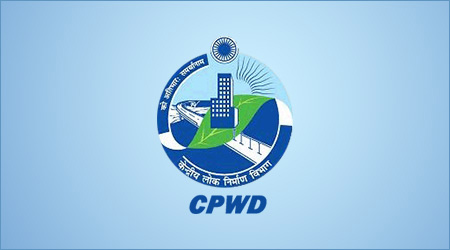 CPWD, i.e. Central Public Works Department is the Principal Engineering Organisation of the Government of India and is an attached office of the Ministry of Housing and Urban Affairs. The primary functions of CPWD are construction and maintenance of two kinds of structures. First is building structures such as residential office, hospitals, educational institutes, sports complexes, auditoria and other such buildings. The second type is non-building structures such as airports, runways, highways, tunnels, bridges, flyovers, sports facilities, border fencing, and various other structures. CPWD has expanded its activities rapidly through the years and has been a keep participant in the national development process.

CPWD has expanded its activities rapidly through the years and has been a key participant in the national development process. CPWD has in the previous year received new sanctions of over Rs. 9000 crores and apart from that it already has works amounting to over Rs. 35000 crores under its belt which are currently in progress. CPWD Contracts therefore present boundless opportunities to Contractors interested in turning huge profits while contributing to the nation at the same time. There are several kinds of CPWD Contracts for projects that are offered to Contractors. Depending on the requirements of the project, the contracts can either be fixed priced contracts, i.e. contracts in which the cost is already provided with certain provisos for change in certain pricing included in the contract; or the contracts can be cost-reimbursement contracts, i.e. contracts in which Contractors can claim their expenses subject to conditions along with surplus payment for providing services.

While the CPWD Contracts or for that matter contracts by any Public Works Department are lucrative deals with great incentives, these contracts are very intricate and require meticulous planning and due diligence while performing the contract on part of all the parties, be it the representatives of the government or the Contractors. It is in the best interest of all parties involved to complete the project successfully as per the Contract in a timely manner and avoid any disputes as far as possible. A dispute may arise when either of the parties to the Contract asserts its right or claim and the other party denies or repudiates the same whether in writing or by its conduct. The disputes or differences may arise between the Government, its authorized representative and the contractor at any stage i.e. before the commencement of work, during the progress of work, or after completion/termination of work. At every stage, both the parties shall consciously avoid actions/situations likely to result in disputes, but without showing laxity in effectuating the provisions of the contract or neglect of their duties.

Nevertheless, in a situation where a dispute is unavoidable, then a resolution process has to be adopted in order to decide the dispute. Parties at times do resort to litigation, but it often is a long and tedious process. Litigation of PWD Contract disputes can lead to the projects being suspended indefinitely.This leaves a lot of room for uncertainty, making litigation undesirable for large government projects on which Crores of rupees are riding and hundreds of labourers and employees are dependent. It is a norm to have an arbitration clause in the Contract itself in accordance with Section 7 of Arbitration and Conciliation Act, 1996. The clause enables either party to invoke arbitration in case a dispute arises. CPWD has a dedicated Techno-Legal Cell that is responsible for dealing with Contract dispute litigation as the arbitration cases. It deals with various facets of disputes resolution such as approval of counter statements of facts in Arbitration cases, other litigation matters and issuing of circulars regarding them.

CPWD elaborates on settlement of dispute and arbitration in the General Conditions of Contracts (GCC) that are released for both Maintenance Projects as well as Engineering- Procurement- Construction Projects (EPC projects) . GCC are conditions that CPWD Contracts have to comply with. They provide for constitution of Dispute Resolution Committee (DRC). All disputes, except for those mentioned in the contract specifically, are to be first addressed to the DRC within 15 days of such disputes arising. The DRC is to then give its decision within 60 days extendable by 30 days with consent of both parties. The decision is to be submitted to the Chief Engineer or, in the absence of one, to Additional Director General. If the DRC fails to submit a decision or either party is not satisfied with the decision then such party can invoke arbitration by sending a notice to the Chief Engineer.

The arbitral process has to adhere to a certain set of compliances provided for in the GCC. It provides that Disputes with claims of Rs. 20 Crore or less shall be referred for adjudication through arbitration by a Tribunal having sole arbitrator, appointed by the Chief Engineer or Director General. Where claimed Value is more than Rs. 20 Crore, Tribunal shall consist of three Arbitrators, with contractor and Engineer-in- charge appointing one each. The two arbitrators then appoint a third arbitrator who acts as the presiding arbitrator. GCC also states that it is mandatory that member(s) of the Arbitral Tribunal shall be a Graduate Engineer with experience in handling public works engineering contracts, and further he shall have earlier worked at a level not lower than Chief Engineer/ equivalent.

For Contractors, it is crucial to not only know the intricacies of the Contract entered into and the demands to be fulfilled and conditions to comply with but also have an understanding of the forms of disputes that can arise during a project and the recourse that is available to resolve such disputes in a timely manner.