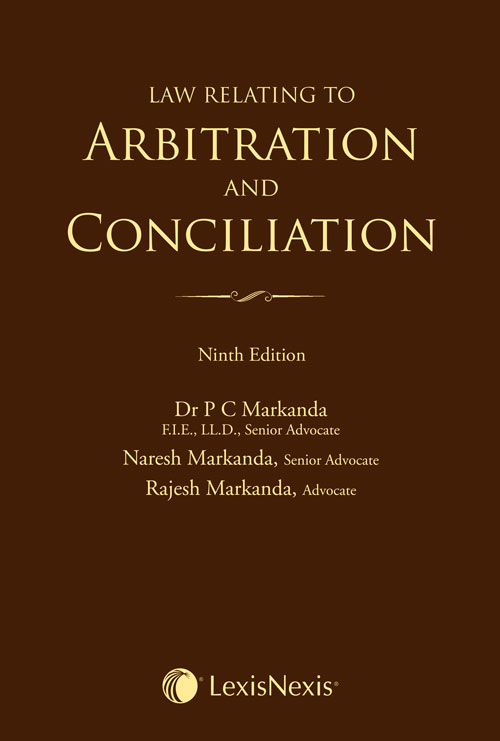 “Law Relating to Arbitration and Conciliation 9th Edition, authored by Dr. P. C. Markanda, Naresh Markanda and Rajesh Markanda, is a book that consists of section-wise commentary on the Arbitration and Conciliation Act, 1996. The book is essential for people like corporate lawyers, arbitrators, judges, law schools, and legal departments of companies.

“This book thus focuses on the underlying concepts and principles behind various clauses in a building and construction contract, supporting them with domestic and international case law to explain the practical side of the subject. The book also refers to works by various foreign authors, wherever it was found that the principles laid down could be applied to India as well. 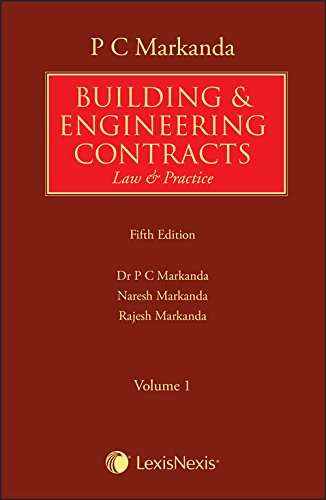 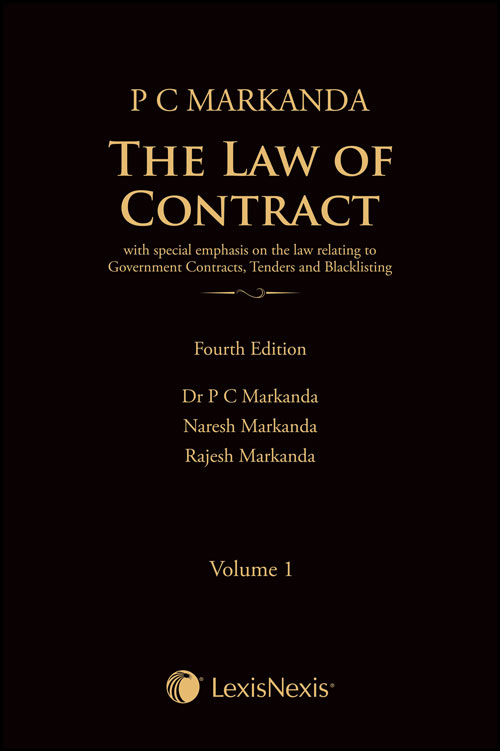 “The book provides a quick introduction to approaches and methods for the successful implementation of mergers and acquisitions. It summarizes the most accurate and understandable strategies, analytical tools and measures on corporate acquisitions and disposals including:

It contains the following practical and useful checklists:

It also gives an overview of the regulatory framework governing mergers and acquisitions in India.

Salient Features:
• Contains exhaustive notes, commentary on case-law, Indian & Foreign, and State Amendments on the Indian Partnership Act, 1932 (Act 9 of 1932).
• The book also incorporates full text of the Limited Liability Partnership Act, 2008 and Limited Liability Partnership Rules, 2009.
• Case law, both Indian and foreign, as well as excerpts from commentaries of celebrated authors have been included in the book.
• Each Section has been divided into various heads along with a critical analysis of various provisions of the Act for the facility of the readers. 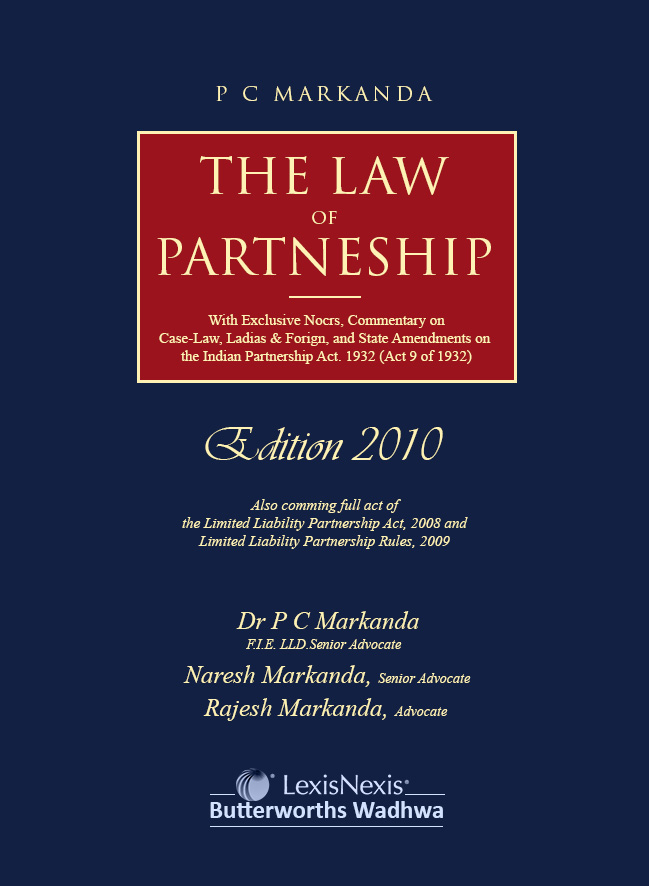 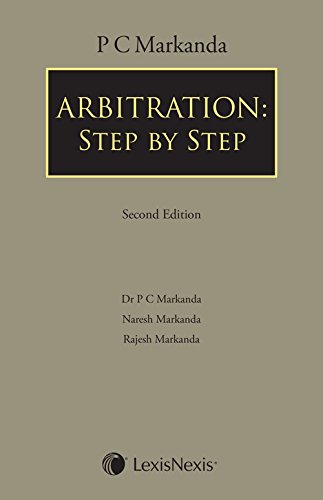 “A handbook on the practices and procedures for effective conduct of arbitration matters. This new kind of book provides practical guidance to arbitrators, parties in disputes, as well as their representatives/lawyers.

“This book is an Indian adaptation of Emden’s Building Contracts and Practice, a renowned treatise on building law, which was first published in the year 1882. It captures the changes in the legal framework of building contracts law over the last three decades in the UK and in India. This edition covers topics relevant to India such as Tenders, Interpretation of Engineering Clauses, Blacklisting and its consequences, Bank Guarantees, Liquidated Damages etc. Apart from this, the book has an exhaustive case law coverage from common law countries such as the US, UK, Australia and South Africa. Encyclopedic in its scope and authoritative in its commentary and analysis, this book considers all key standard construction contracts. 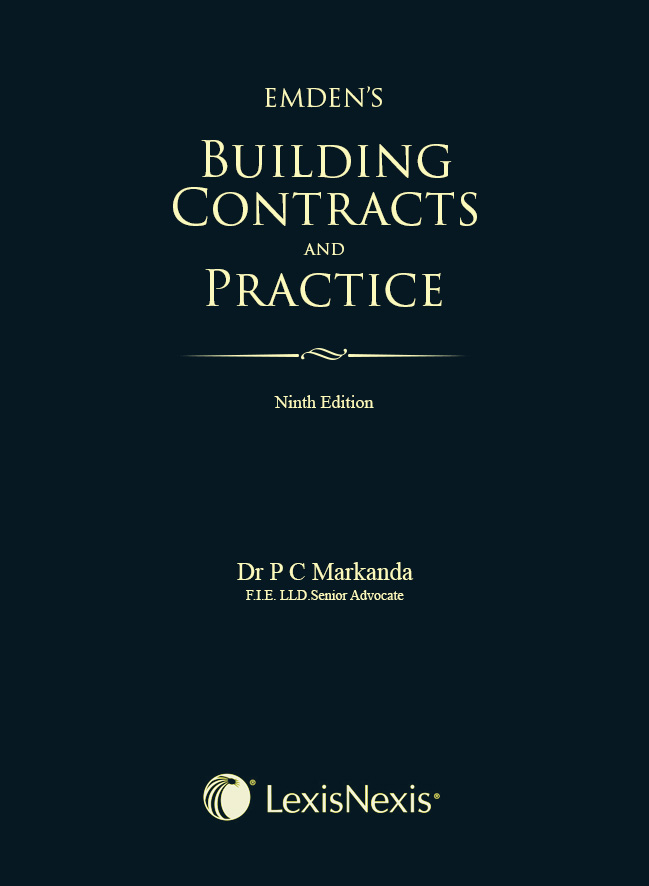 Our HistoryThe strength of the office lies in the fact that it has handled and continues to handle some of the largest claims in the country.

We have served as arbitration legal counsel in numerous domestic and international commercial arbitrations, investor-state arbitration, construction arbitration and contractual matters on behalf of our clients.

We have also assisted our clients in resolving long-running disputes via negotiations and mediation and our lawyers have also served as arbitrators before multiple arbitral tribunals.

Members of the office also work closely with in-house legal counsel of clients, allowing them to play as significant a role in the resolution of their company’s dispute as they desire, and it frequently collaborates with co-counsel.

who have less prior experience in the intricacies of arbitration law and procedure but are looking for a team that rigorously respects the boundaries of a pre-existing client relationship.

We have served as arbitration legal counsel in numerous domestic and international commercial arbitrations, investor-state arbitration, construction arbitration and contractual matters on behalf of our clients.

Our goal is to do everything that is in the clients’ interest which includes providing clients the best value for legal expenditure in the field of arbitration while leaving no stone unturned to ensure a successful outcome. 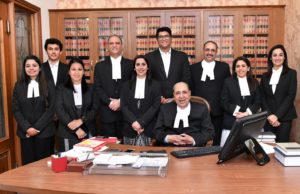 Most experienced arbitration lawyers in India

Law Of Partnership Published By LexisNexis